In 2004, Miami English Center, now known as South Beach Languages, produced a Phrasal Verbs video. It still holds up with 75,000+ views on youtube.
Holds up, meaning to retain value, is an example of a Phrasal Verb.
A phrasal verb is a verb + a preposition.
Watch as Dean charms Diana on their first date and practice your phrasal verbs:
https://www.youtube.com/watch?v=MSSvl5hcUZw&t=2s
Below are the full sentences from the video starring Dean & Diana:
Dean wakes up in the bed.  (opens eyes, awakens)
Dean gets up from the bed. (gets outs of the bed)
Dean stretches out. (moving arms and legs, usually before exercise)
Dean works out. (exercises)
Dean checks out himself in the mirror. (looks). Note another meaning:  He checks out (pays) of a hotel.
Dean’s face breaks out with acne.  (get acne or a pimple).  Note another meaning: He breaks out (escapes) from jail.
The medicine clears up his face. (removes or cleans).
Dean calls up Diana. (dials).
Dean asks out Diana.  (invites on a date).
Diana picks up the telephone. (answers). Note another meaning:  I pick up (greet, drive) my brother from the airport.
Diana lies down on the bed. (horizontal position).  Note in the video, we made an error and wrote ‘Lay down’.  Thanks for catching this Michelle!  You lay a book down on the table (using an object).  A person lies down on a bed (no object.)
Diana tells Dean to ‘count her in’ on the date.  (accepts invitation)
Diana sits up on the bed.  (from horizontal to sitting position)
Diana hangs up the phone. (stops the conversation).
Diana stands up.  (upright position).
Diana walks over to the closet. (walks towards)
Diana turns on the light. (puts power on).
Diana picks out a jacket.  (chooses, selects)
Diana tries on a jacket. (check if it fits)
Diana takes off the jacket. (removes).  Note another meaning: The plane takes off (departs).
Diana hangs up the jacket (puts on a hanger).
Diana opens up the lipstick. (opens).
Diana put on lipstick. (applies). Note another meaning: I put on (gained)10 pounds during the holidays.
Diana puts away the lipstick. (places back in the drawer).
Dean cleans up his car. (cleans).
Dean gets in his car. (enters). Note that we get in a car, but we get on a bus, train or plane.
Dean starts up his car. (turns key/ignition).
Dean turns on the radio.  (puts power on).
Dean turns up the radio. (increases volume).
Dean gets down to the music. (dances).  Note this expression is a little dated!
Dean backs up the car. (drives in reverse).  Note another meaning.  He backs up (saves work) the computer
Diana sets up the table. (sets, organizes)
Diana shakes up the orange juice. (shakes, mixes)
Diana fills up the glass. (adds until its full)
Diana runs out of juice. (finishes)
Diana throws away the juice. (puts in the trash)
Diana takes out the trash. (puts outside).
Dean calls out for Diana. (yells)
Diana sticks out her head from the window. (puts head out)
Deans asks her to come out to meet him. (go outside)
Diana asks him to hold on. (wait)
Dean lights up a cigarette. (adds fire)
Diana steps out of the house. (exits)
Dean gives out a cigarette.  (offers)
Diana turns down the cigarette. (does not accept)
Diana takes away his cigarette. (removes)
Diana puts out his cigarette. (extinguishes)
They buckle up in the car. (puts on seat belt)
Watch out! (Be careful)
They run out of gas.  (finish)
The car turns around. (change direction)
The car pulls over. (moves to the side)
Dean fills up the car with gasoline. (add until its full)
Dean points out a restaurant. (indicates)
Dean drives through the Burger King. (gets food in car)
Dean picks up the food. (takes)
They pig out.  (eat too much) Note this is a slang expression.
Dean throws up.  (vomits)
Dean hits on Diana. (pursue romantically).
Diana tells him to back off.  (stay away)
Diana calls off the date.  (cancels)
They break up.  (stop relationship)
Diana knocks out Dean. (hits him hard)
Dean passes out.  (loses consciousness)
They make up. (re-start relationship)
They make out. (kiss)
By South Beach Languages|2020-05-28T07:01:30-04:00November 30th, 2017|English Lesson Video|Comments Off on Phrasal Verb Classic 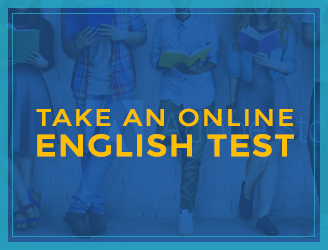